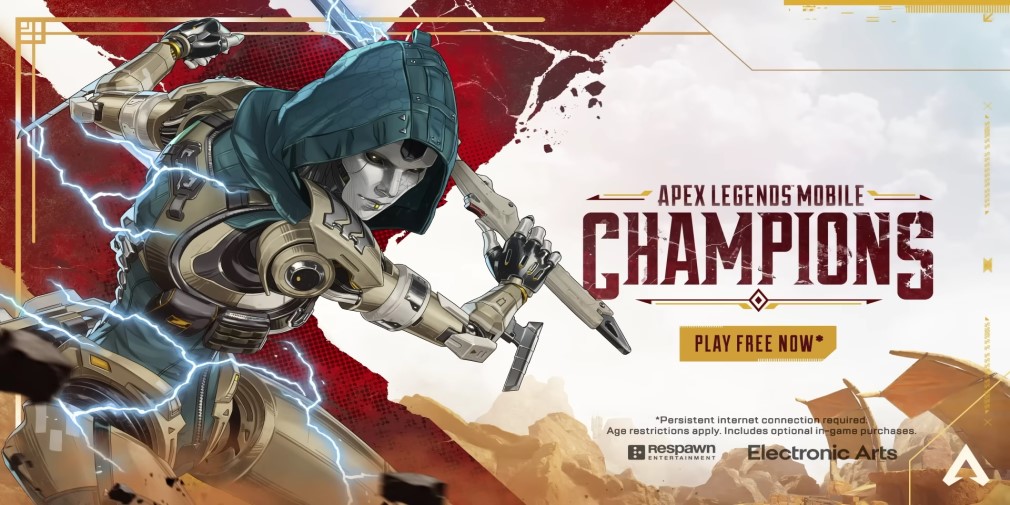 The Aftershow update on Apex Legends Mobile was only an interlude between Hyperbeat and what’s to follow because the real party starts now. The battle royale season 3 will begin on October 19th. It is called Champions. It introduces a new legend as well as a battle pass, weapons and events.

Ash, the result of a failed mission, is the new Apex Legends Mobile Champion. Dr Ashleigh Reid was hired by the Outlands to steal an experimental fuel source. She was able to penetrate the group and puppeteer them but it all went wrong when the lab collapsed.

It was thought that she had died. However, her brain was put into a simulacrum to bring out her power-hungry, ice-cold side. Her goal is to show the world that she transcends all humanity. Her abilities enable her to locate and throw spinning snares and open a one way portal to a specified location.

The update also adds the mobile version’s first upgradable melee weapon called Constellation. It is Fade’s Signature Weapon consisting of four sharp blades that can cut through anything. It comes in six levels, and you can unlock two forms by completing missions.

A new season brings a new battle pass. The Champions update brings heaps of new cosmetics to legends, including a new drip.

Check out this list of the top multiplayer games for mobile!