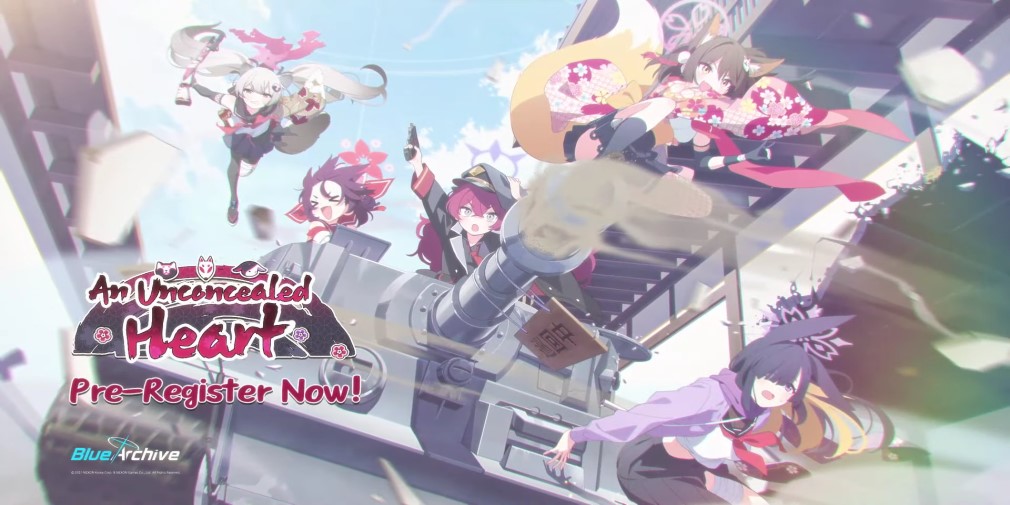 A couple of weeks ago, Nexon announced pre-registration for a new event called An Unconcealed Heart, which was coming to the popular JRPG Blue Archive. The story event is now live. All who registered in advance will receive their 1,200 Pyroxene reward as long as they log in to the game before January 5, 2023.

Blue Archive’s An Unconcealed heart event will see players follow the Ninjutsu Research Club on their journey to becoming an official club. This is being arranged through an exchange between the Allied Hyakkiyako Academy (AHA) and the Gehenna Academy. This soon becomes a tussle. The Sensei is now responsible for overseeing the situation and sorting out the details.

Three new characters were introduced in this update. The first is Iroha (Ghehenna Academy), a special student of mystic-type who uses her EX Skill to battle from the top of T.S. Toramaru. It fires one artillery shell per 15 seconds and targets one enemy based on its attack attribute. After that, it splits and causes damage to surrounding foes.

The Allied Hyakkiyako Academy also has the two other characters. Kaede is another Special student who is the explosive type. For 16 seconds, she uses her EX Skill and creates a shield that is proportional to her healing. This shields all her allies and gives her time to formulate a plan to fight back.

We have Michiru, a mysterious-type striker whose EX Skills use fireworks. The cracker is straight-flying and hits the first enemy it strikes, inflicting them with 20 seconds of non-stop burn damage. It’s a good mix of heroes to add to the roster.

You can also check out this list with the best JRPGs you can play on your mobile device!