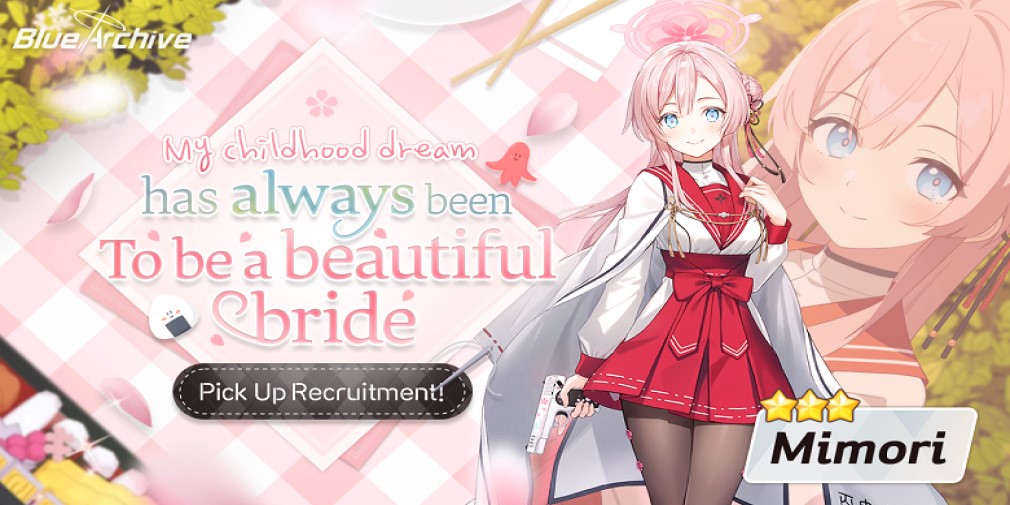 Nexon has just launched RPG Blue Archive’s latest content update. It brings back a fan favorite event, there is a new character you should look out for, as well as new and returning recruitment events, and a treasure trove full of rewards to be collected.

Let’s dive right into the new heroine first. Blue Archive will have Mimori as a member in September’s update. She is a three-star support role character, whose position is at the middle of the squad. She is a Light Armour character, but her defensive capabilities are limited. However, her Mystic attack time can bring down her enemies.

Mimori’s Basic Skill is called I Brought a Bento and it grants the ally with the lowest HP a constant healing buff for 20 seconds. Because she has a Light Armour, her Sub skills and Enhanced Skills improve her defence. The former increases defence in a circle every 35 seconds while the latter simply raises DEF stat.

Her EX Skill, Fresh Flower Viewing, boosts her offensive capabilities by moving five characters in a circle, and increasing their attacking speeds. Mimori thus seems like a great bet at boosting the team’s attack and defence both. Her recruitment event will continue to be active until September 27, 2009.

Blue Archive’s Cherry Blossom Festival Commotion was part of the game’s first-ever content update. It involves clearing the streets of bullies, delinquents and ninjas. The event is back with all its rewards and extra goodies, including 10 Recruitment Tickets.

The Total Assault game mode will get a new difficult. The Insane level allows players to torture themselves. This is only for those who are looking for a real challenge. Completing the missions will earn players Total Assault and Advanced Total Assault Coins that can be exchanged for items like growth materials and Azusa’s Elph.

Click on the links below to get Blue Archive free of cost.