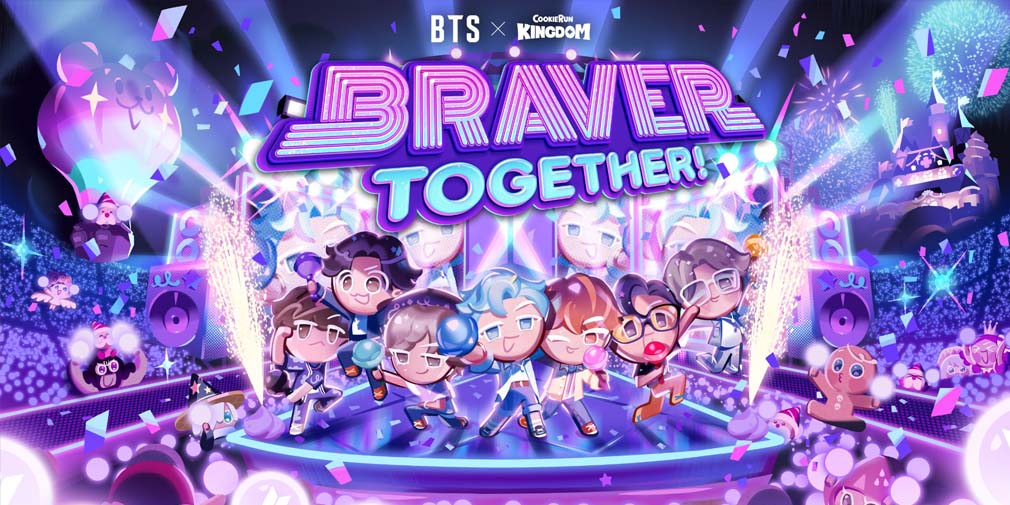 In one of the wildest real-world events I’ve personally ever seen hosted for a mobile game, Cookie Run Kingdom has introduced a real-life scavenger hunt/riddle-solving mystery for players to find and solve, all to celebrate the upcoming BTS crossover event planned to launch pretty soon.

This challenge is for both players and fans of the game. BTS, or both, will be given emoji-based hints through Cookie Run: Kingdom’s social media accounts. With these hints to go off of, they’ll have to find keywords hidden on billboards in cities all over the globe. These keywords can be found in countries such as Korea, Japan and Brazil, as well as Canada, the United States, Brazil, Thailand, Thailand, and Canada. So, that’s most of the major players covered, which means there will surely be hundreds, if not thousands of fans participating in this event.

The event began with a message by BTS Kpop, and when it went off, it acted as the alarm to all who were interested in hunting down and monitoring those accounts closely.

Once all the keywords are collected, or if I suppose they do, a code will be created that will give you exclusive in-game rewards and an art book. You only have a short time to participate in the riddles.

Along with this, there’s also already been some celebratory billboards spotted in Seoul, Times Square in New York, and Shinjuku Cross Vision in Tokyo. These aren’t quite done, but are planned to be 3D advertisements fOder the event once completed. So, needless to say, they are hyping the heck out of this one, and you won’t wanna miss it.

If you’d like to keep tabs on those social media accounts yourself to try and participate, you can check out the official Cookie Run: Kingdom Twitter account or the official YouTube account You can choose which one you prefer. In the meantime, if you’re looking to dig into the game for the first time, you can check it out at either of the links below for completely free.