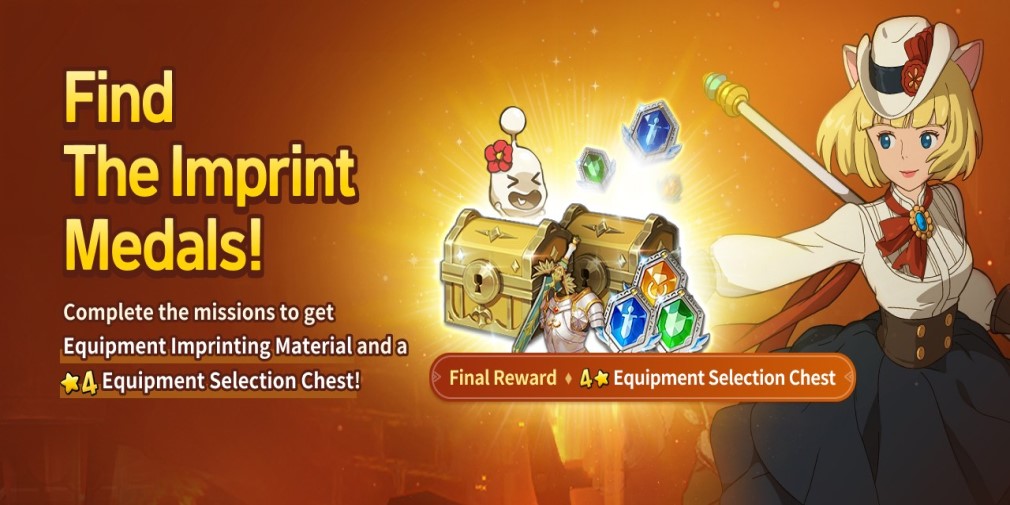 Netmarble just announced a new content update to Ni no Kuni: Cross Worlds. This month’s update focuses on a brand new Imprint System which can be used to, you guessed it, Imprint Equipment. This will allow players the ability to tackle even more difficult challenges.

To celebrate the release of this update, developers are hosting a couple events in Ni no Kuni Cross Worlds. The Imprint System is the heart of this update. It would only be fair that players were given the task to find these Imprint Medals.

Expect to be given missions like the Swift Solutions Errands, Familiar Arena, and the Familiar Arena. These missions will award rewards such as Silver and Gold Imprint Medals. These medals can then be traded for many rewards.

Players will be rewarded with exclusive items such as the Secret Juice by spending a lot of medals. If players manage to purchase all the available items, then a hidden reward will unlock – they will now gain access to an exclusive four-star Equipment Selection Chest that contains prized possessions like Light and Darkness Equipment.

The second event is a treasure hunt, which is something that inquisitive people will love. In Cross World’s Treasure Hunt Event, players will find themselves looking for Treasure Hunt Compasses which are located in the Duel Yard.

They will require players to clear the Power Up Dungeons to receive the final reward. These Compasses look like puzzle pieces and can unlock a slot on a board with goodies like Superior Weapon Enhancement Stones and Familiar Summon Coupons.

Finally, veterans who have reached the endgame will have a reason to play, as the update has raised their max level cap. This allows them to once again enjoy the world with their newly imprinted equipment. These items are also crucial for the completion of Aquarius’s Ancient Castle, which is a Chaos Field Dungeon.

Download Ni no Kuni Cross Worlds now to get your Imprinted Equipment.

Also, be sure to check out this list with the best multiplayer games you can play on your mobile device!