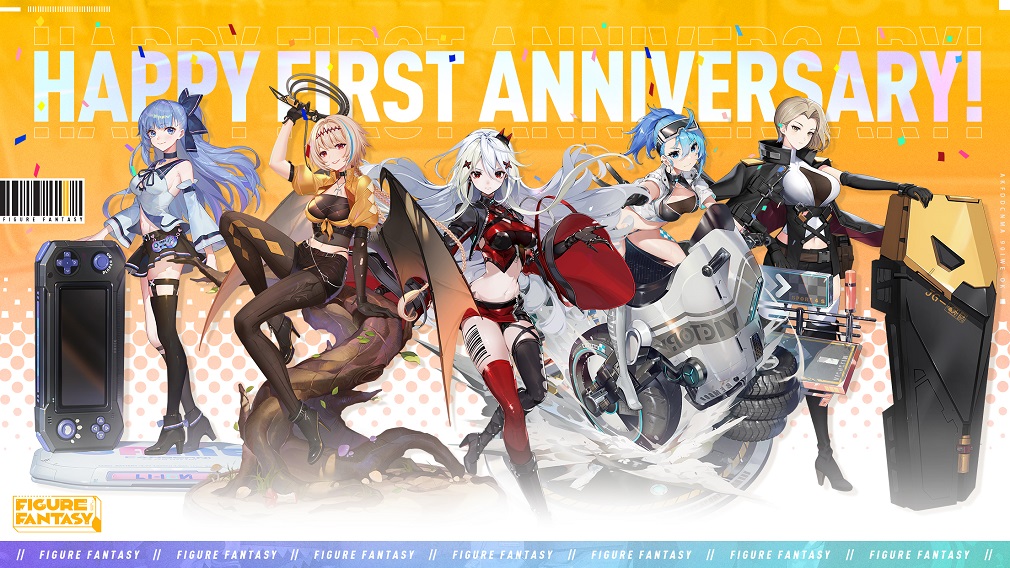 Figure Fantasy, a mobile RPG that features figurines, is celebrating its first anniversary by rewarding its fans with a host new characters and events.

Over the past year, Figure Fantasy has held numerous collab events with hit IPs like That Time I Got Reincarnated as a Slime and Ultraman Tima to lend their anime charm to the game’s gorgeous visuals and addictive idle gameplay. As such, you can expect to see the same amazing content in the latest round of celebratory events.

Figure Fantasy will be introducing two new figurines. First, the super rare android (and Defender of TENMA), Tia and a brand new Vanguard of NIGHT-9, called S-VIII. These figurines will only be available for a short time during the celebration period. Logging in on specific days will give players the opportunity to receive anniversary-themed Furniture and the Super Rare Figurine Tia. Participating in the S-VIII Promotion Event also allows players to claim rewards including the limited skin, “S-VIII·Joy Seeker Ver.”.

Players can sign in during the limited event to receive Special Commissions, Idle Drops, R-Type Commands, as well as other rewards. Special Commissions allow you to quickly sweep past Challenge Dungeons and provide all the Event Items and Promotional resource rewards they have without having to play through each round. Other rewards such as Diamonds will also be up for grabs by joining the “Joyous Moment in Eden” event.

Download Figure Fantasy on the Internet to join the celebrations iOS App Store The Google Play Store for Android devices. It’s a free-to play game that can be purchased in-app. You can also join the followers community on Facebook Keep up-to-date with all the latest developments by visiting the official website For more information, click here