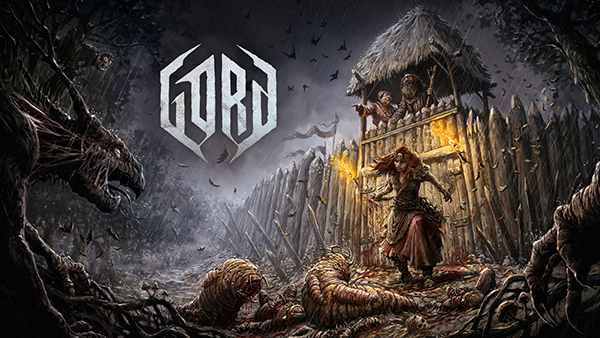 Strategy games; they come in many kinds and themes, like XCOM 2 or Sid Meier’s Civilization series. Today’s topic is no different, though, as Team17 and Covenant.dev unveiled Gord, an upcoming single-player dark fantasy game. The team also provided 16 minutes of gameplay on their YouTube channel, which we’ll break down now.

Narrated by Stan Just, the development team introduced the game’s focus on city building, community management and various adventure-driven mechanics while expanding on the many choices players will have during any given campaign playthrough. You can create custom scenarios to highlight these options.

The player will be responsible for leading the Tribe of the Dawn, which seeks to establish new settlements in forbidden areas. The game’s many quests service the tribe’s structures and Gords, fortifying them from invaders. The tribe’s well-being and mental stability play a big part in whether your community will live to see another day.

A Sanity System is a feature of the game that does exactly what it sounds. It’s a mechanic where the worse the tribe’s sanity is, the more drastic measures, and ultimately consequences, can result from your villagers, so you’ll want to keep that in mind as you expand your Gord.

Gord’s procedurally generated levels add lots of replayability value to the game, and players can also customize the way the playthrough starts for them. These include choosing the starting party, enemy type, map size, resource amounts and weather conditions.

Gord does not currently have a release date, but a Coming Soon tag on Steam. You can wishlist the game right nowYou will be notified when it releases, however. We’ll continue to provide more information on Gord as it’s released. Gord will be available on PC via Steam at an undetermined date.