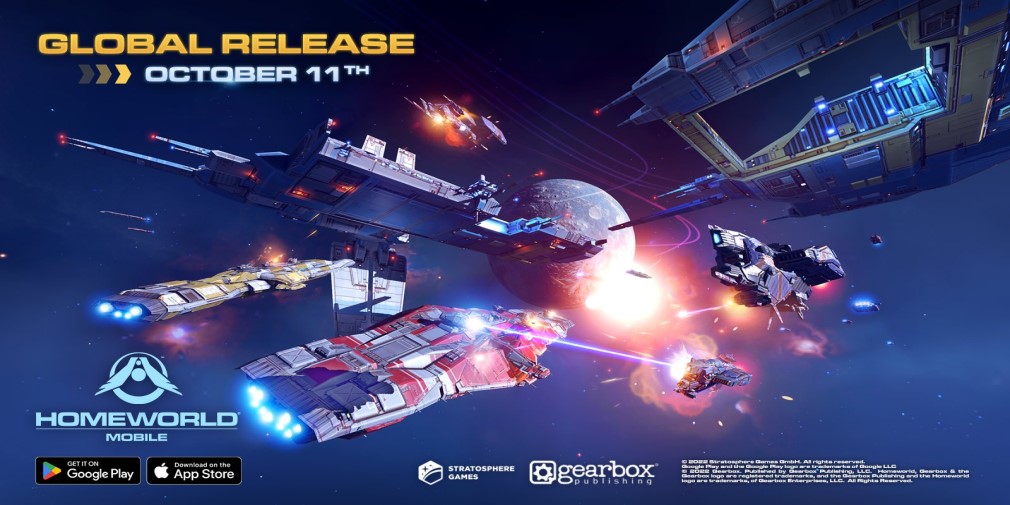 The Homeworld franchise has been around a while. Two PC titles have been released and a third is expected to be released in the first quarter of 2019. Back in 2019, Gearbox announced they were working on two games, Homeworld 3 and Homeworld Mobile, of which the latter has hit the virtual shelves today.

After years of beta and alpha testing, Homeworld Mobile has finally launched on Android and iOS. In case you’re unfamiliar with the series, Homeworld is a real-time strategy MMO. It has been over 100 years since Homeworld was discovered and exodus. Hyperspace Gates are being used by the Hilgarans to locate suitable places to settle down.

Speaking about the franchise and the game’s launch, Steve Gibson, President of Gearbox Publishing, said: “Homeworld Mobile is the culmination of an amazing partnership with Stratosphere Games and we hope the worldwide launch will be something truly special for mobile gamers. Whether you’re a long-time fan of the franchise or just looking to start a new adventure, Homeworld Mobile stays true to the philosophies of scale, story, and strategy that are so beloved in the original games that started this whole thing.”

Players will be challenged to build their own ships and create a fleet to defeat enemies. To take control of spaceship destroyers, interceptors, or spaceship carriers, you will need to defeat the competition. Expect to see more attention to detail in graphics as well as in-game lore.

You can now command an entire fleet of ships by putting on your thinking cap. Download Homeworld Mobile by clicking one of the links below. It is free to play and includes inapp purchases for in game currency.

Check out the game’s official website For more information and to keep up to date on all things Homeworld Mobile, take a look at their website Twitter channel.

This list contains the top strategy games you can play on your mobile device.