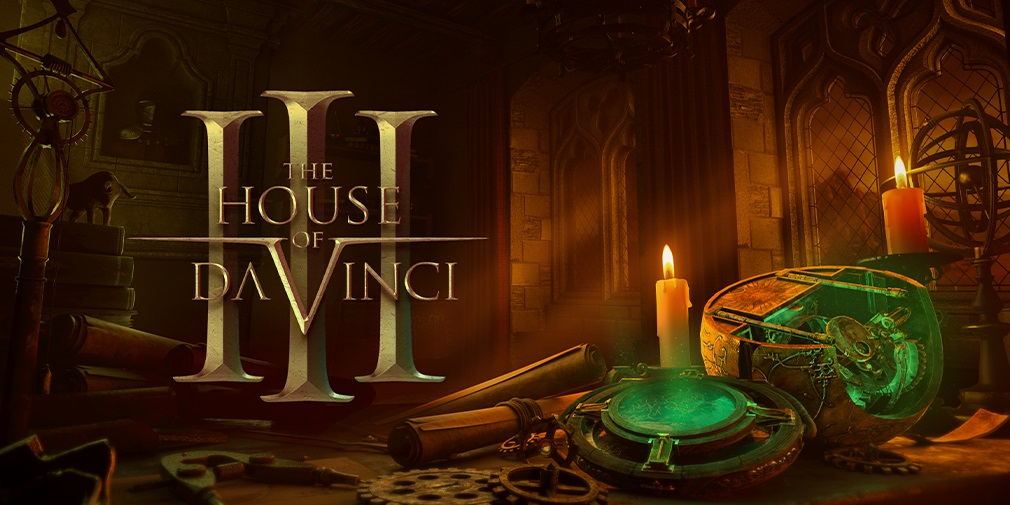 The House of Da Vinci 3 is the concluding entry in Blue Brain Games’ majestic Myst-like puzzle series where players will finally discover the fate of Giacomo – the game’s protagonist and apprentice to Leonardo Da Vinci – and unravel the mysteries surrounding his master and the secretive Ordo Iustitialis.

The House of Da Vinci 3 launched on the iOS App Store last month. Now, it is also available on Google Play Store. This allows Android users around the world to enjoy the most impressive and intriguing installment in the 3D puzzle series.

We had a chance to speak with Blue Brain Games and discuss their thoughts about the series, what it has meant to them, and what lies ahead now that the great Da Vinci’s story has concluded.

First, what do you think sets The House of Da Vinci 3 apart?

Our main goal was to make the last game of the trilogy truly “grand‘. We have increased our graphic designers and programmers, and added more animations and cut scenes compared to the previous two games. For the first time, we‘ve brought cut scenes to life using modern film technologies and motion capture. The House of Da Vinci fans will be able to enjoy the story and its conclusion as a special experience.

While we would suggest anyone to start with The House of Da Vinci, the first game, there is no shame if you’re curious enough to grab the newest game first. My personal recommendation would be to start with the third game, move to the first and second and replay the last game again, to fully experience and relive Leonardo’s story.

Did you expect that The House of Da Vinci would become a series of television series when it was first launched?

We always knew we wouldn’t be able to fit the whole story into just one game and we’re grateful to every single supporter that we’ve been able to finish it. To be honest, we‘ve had enough story & puzzles ideas for several other installments, but it’s time to move on.

Of course there are other factors that determine the success of any project but we‘ve always kept our heads down and kept doing what we know best – and we were rewarded with success.

What lessons were learned from the previous two games, and how did they impact the third installment?

We were initially inspired by similar games in the 3D puzzle genre when we started. Soon after our first game was released, we were inspired by similar games from the 3D puzzle genre. We decided to take control of our destiny and create our own identity. The House of Da Vinci 3 doesn’t resemble any other game when it comes to the combination of visual quality, motion capture and the story itself.

How important was fan reaction and their suggestions in shaping the series?

Our players and fans have been an inspiration and a great source for insights and inspiration. The community has taught everything to us, from which puzzles are easiest to solve to how large text and captions should be. Of course, there are situations when you don’t want to agree in order to protect the spirit of the game. For example, if this would be up to our fans, we would have integrated a „skip puzzle“ feature or create an in-app purchase that would enable players to do so. We refused to give in to this temptation, as it would have resulted in the omission of all challenging puzzles and people would simply skip the difficult parts.

Blue Brain Games is now in the final stages of The House of Da Vinci.

We can assure everybody that we’ll keep the community entertained in the future. We might even stay with Leonardo for awhile… but more later. Follow us on Facebook Twitter To receive the most recent news.