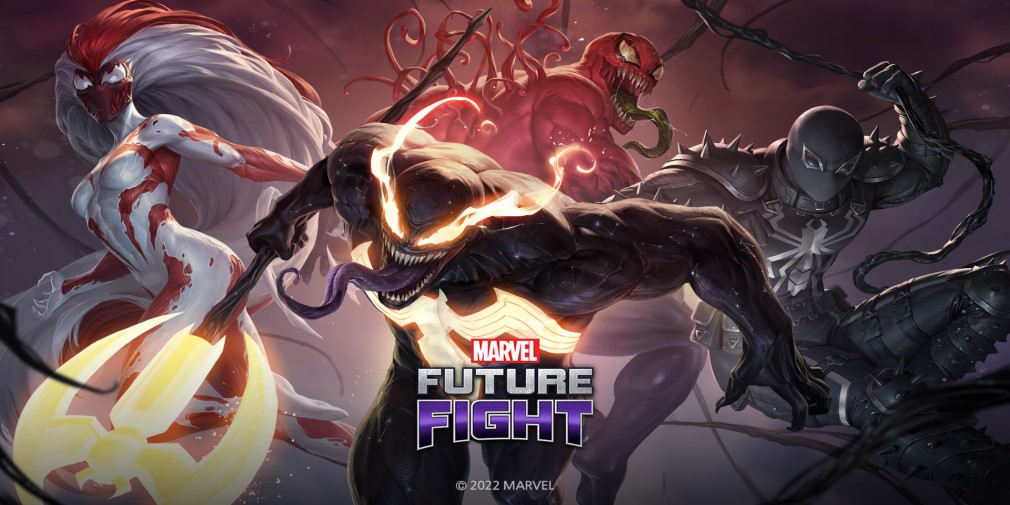 Netmarble has released new content for Marvel Future Fight, its mobile superhero game. This update, called Symbiote Invasion II brings back the creepy aliens to the game. Three pre-existing symbiotes have been upgraded and a new one will be available to players. The update will also bring a highly anticipated hero to the game and make important changes to Alliance Battles.

Symbiote Invasion II will mainly feature four symbiotes – Venom, Scream, Agent Venom, and the new alien Toxin. Venom appears to have ascended to Tier-4 with the Tier-4 Advancedment option. He also has a new uniform.

This upgrade for Venom allows him to display his cosmic abilities and makes him a valuable player in Alliance Battle due to his combat abilities. He now has stronger skills and his HP recovery effect has been enhanced.

Agent Venom, a symbiote, is next up. He uses refined attacks and not brute force as the others. His physical attack is now more powerful, which also boosts his leadership skills. Don’t forget to check out his second uniform as well.

Scream returns to Future Fight in her Silence costume. This makes her a powerful combat-type hero who excels at game modes with participation limits. She uses her hair to escape sticky situations and can severely injure opponents. Potential Transcendence has been shown to both Agent Venom (Scream) and Agent Venom (Agent Venom).

One of the two new heroes is a symbiote and the other isn’t. But, it is funny that neither one of them are technically heroes. Toxin, the offspring of the ferocious Carnage, is our new hero. He deals an insane amount of physical damage and uses his wings and tentacles to strike fear in his opponents’ hearts. Potential Transcendence comes with Toxin right out of the box!

Gorr the God Butcher, the second character, now joins the side of the good. The last update may have painted him as a World Boss, but with this one, he’s a native Tier-3 who uses the Necrosword to slay his enemies. Gorr can also summon shadow monsters to aid him in battle.

Download Marvel Future Fight to get the Symbiote Squad now and get it for free.

You can also check out this list with the best mobile superhero games!