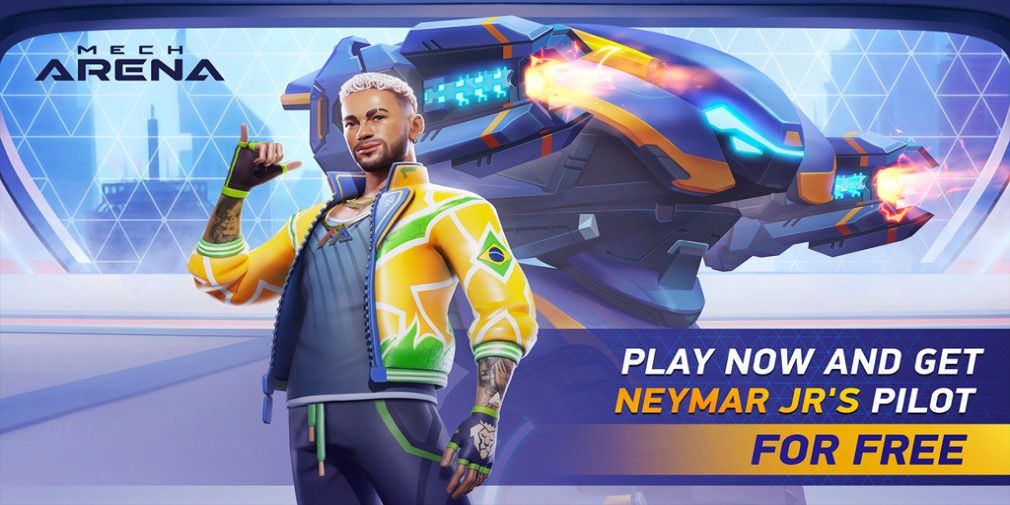 Plarium Global announced today that they have signed Neymar Jr., a well-known footballer, into their mobile multiplayer shooter Mech. The game’s developers have partnered with NR Sports to make Neymar Jr. their brand ambassador. He will run into Mech Arena in a classic bomber jacket and become the strongest pilot of the game.

Much needn’t be said about Neymar Jr., considering his immense popularity. The Brazilian footballer, who plays forward for Paris Saint-Germain FC FC, has scored over 450 goals. He is the perfect combination between style and swagger. All of this has led to the creation a unique pilot for Mech Arena.

Ronen Gross (VP of Business Development at Plarium), spoke about the partnership. “We are honoured and excited to have such an amazing talent joining as a pilot in Mech Arena. Neymar Jr. has been called one of the most talented athletes in the world. His professionalism and desire to win are what made us choose him as it is aligned with the game’s spirit. Working with him was a true pleasure and we can’t wait to see our players enjoy Neymar Jr’s pilot.”

Every Pilot on Mech Arena has a unique skill set. Neymar Jr.’s abilities include boosting his damage while also increasing his speed, just like another footballer would hope for. He has the most number of implant slots, and he uses different implant skills to access game-changing attributes. This makes him one of our stronger Pilots.

Neymar Jr. commented on his addition of the Mech Arena: “I love gaming just as much as I love football, so combining the two to make a character with my skills and style in Mech Arena was an amazing experience. I can’t wait to join my fans and help take their game to the next level. I’ll see you in the Arena!”

Also, take a look at this list of the top multiplayer games for mobile!