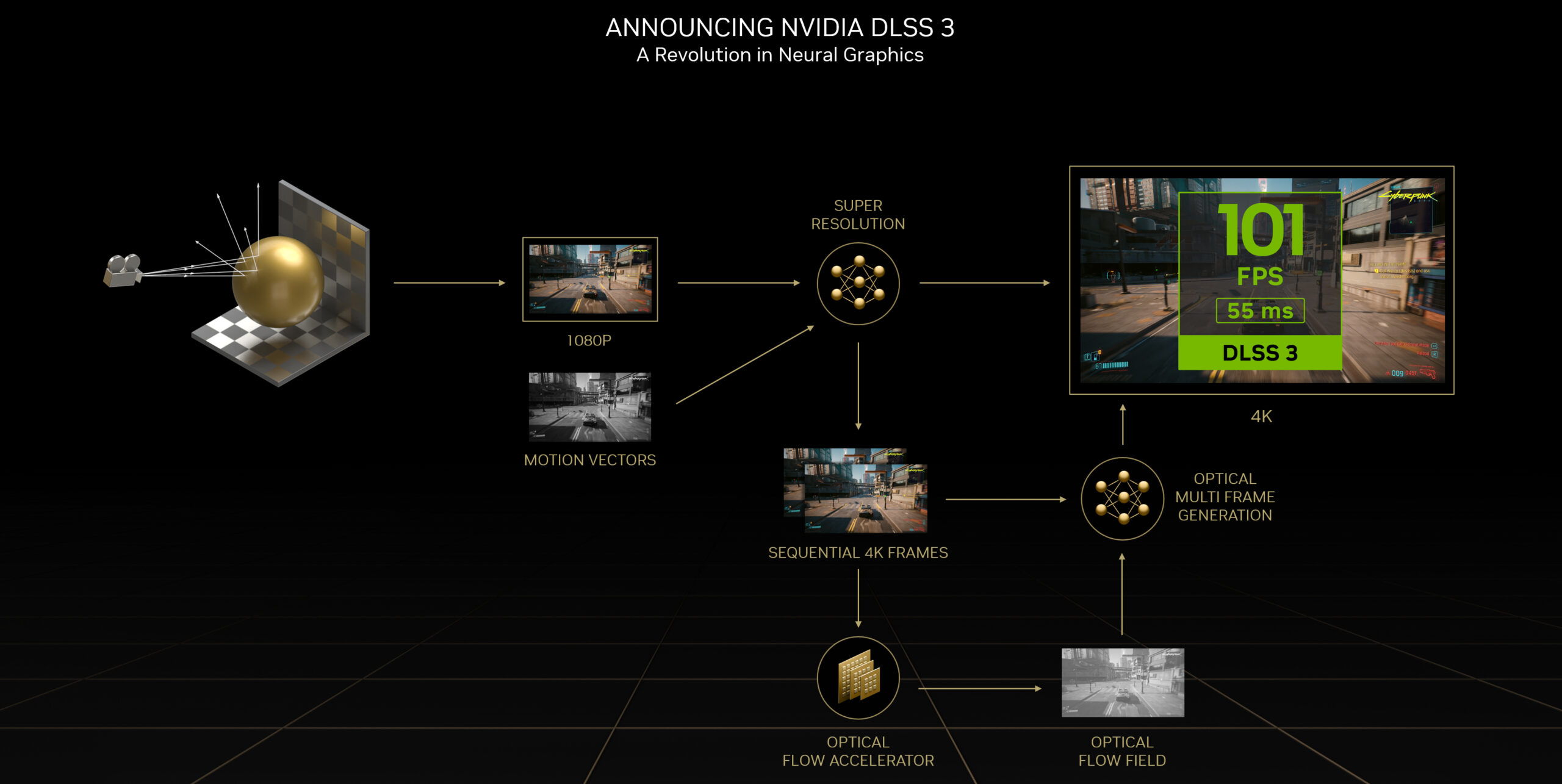 Let’s look at the technology advances that allowed these amazing accomplishments. NVIDIA engineers started out with DLSS Super Resolution. They then added something called optical multi-frame generation, which is based on Ada’s Optical Flow Accelerator.

This accelerator analyzes the sequence of frames in a particular game and captures pixel details such reflections, lighting and shadows.

NVIDIA DLSS3 is said to be able to reconstruct 3/4 of the first frame using DLSS Super Resolution, and the entire second frame with the help the DLSS Frame Generator. NVIDIA DLSS3 reconstructs 7/8 of both frames, which is why the performance boost is so impressive.

Cyberpunk 2077 has been demonstrated running NVIDIA® DLSS 3 with the brand new Ray Tracing Underdrive and NVIDIA Reflex for up to 4x higher performance and up 2x lower latency.

NVIDIA even promises benefits for CPU-bound gaming, which were generally slower with DLSS 2.0. The notoriously CPU-intensive Microsoft Flight Simulator sees up to 2x more performance with the new DLSS.

NVIDIA stated that the following 35 apps and games have pledged support for NVIDIA DLSS3.

The green company also released performance charts for some of these games running on NVIDIA DLS 3; see it below.