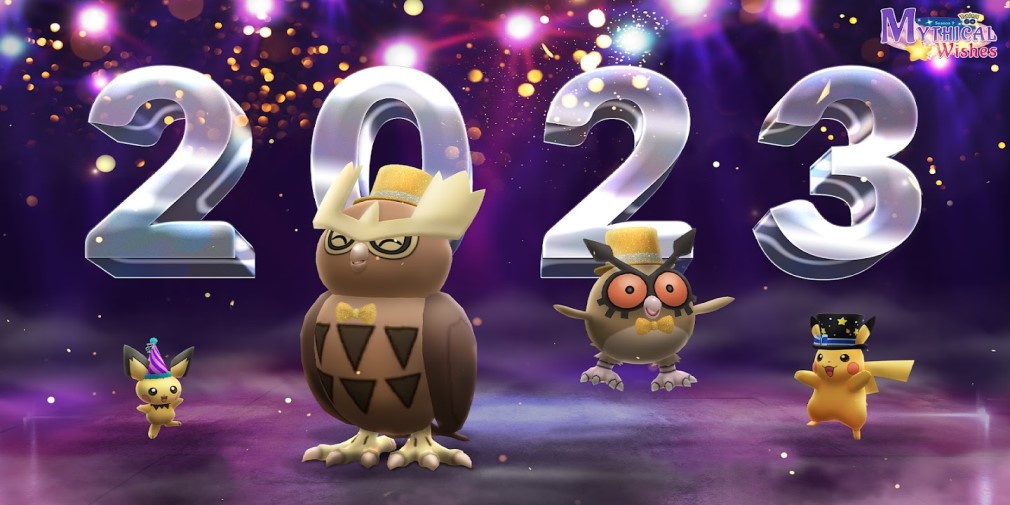 As we draw closer to the end of the year, it’s time to look at what Niantic has planned for its trainers on Pokémon Go. It’s been quite an eventful year and we’re about to close it out with a bang as the AR-game’s New Year Event launches on December 31st, and it will move forward into 2023 until January 4th.

In Pokémon Go’s New Year 2023 event, players will come across a bunch of Pokémon and new and adorable costumes. Pikachu will be seen in a party top hat and a Shiny one roaming the wilds. Even Hoothoot will don a New Year’s outfit and Noctowl will be seen with the same on evolution.

Wrumple will be wearing a different party hat. It is likely that it will be too big, while Pichu will have one that fits comfortably between its ears. Most of the Pokémon appearing in raids will be in a red colour party hat as well. These include gen one’s starter Pokémon, Raticate, Nidorino, Gengar, and Wobbuffet.

The event will make hatching eggs easier. The event will reduce the hatch distance by half and trainers who use the egg-hatching widget can crack open their eggs in 1/4th of the time. Additional Field Research tasks, as well as Collection Challenges, will offer a variety of rewards.

The sky will also light up for New Year’s and fireworks will be seen throughout the night. The new Pikachu Party Hat, and Party Popper Pose can be purchased by players to help them prepare for the event. The shop will also feature event-themed stickers that will also be available at PokéStops and in gifts.

Winter Holidays Part Two is currently ongoing on Pokémon Go so don’t forget to check that out! You can download Pokémon Go by clicking on either link below.

Also, check out this list of redeemable Pokémon Go codes!