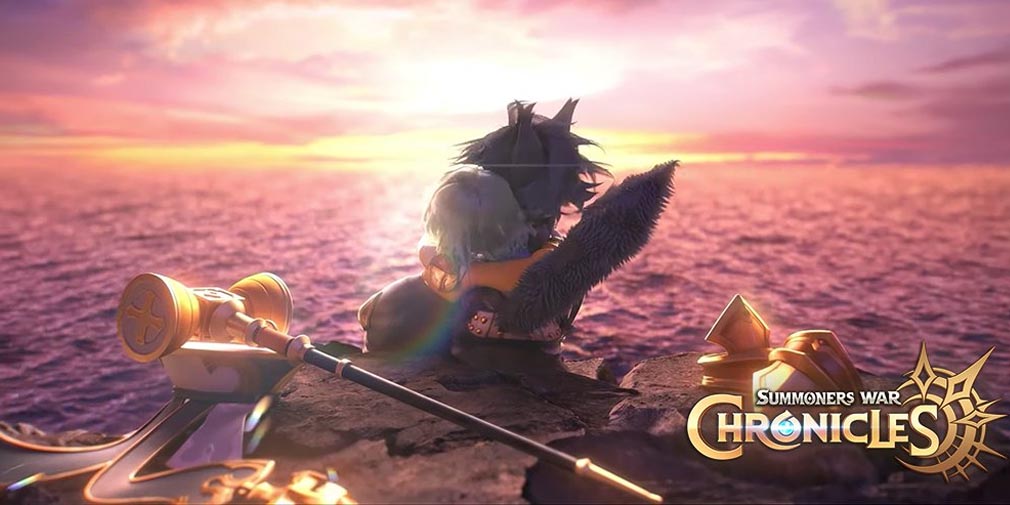 In the timeline, Summoners War: Chronicles isn’t exactly a continuation, but is a prequel that takes place before Sky Arena and Lost Centuria. Chronicles’ players will find themselves in the Rahil Kingdom, where the inhabitants are enjoying long-awaited peace and tranquillity after two great wars.

But this peace cannot last. A mysterious enemy is going after this empire. He has a path for destruction. Three Rahil Magic Academy graduates must rise to the occasion to stop this hidden villain. They will be Rahil Guards, protecting the kingdom from any threat.

The game features over 350 different monsters each with their own skills and attributes. Summoners War is well-known for its monster-matching skills, which allows for the creation of perfect teams for each scenario. Chronicles will expand on this.

Battles will be played in real-time, with both single-player and cooperative modes such as Kingdom Expeditions, Ascensions and field events. Players will be able to form guilds and exchange gifts with one another. The lore will be insanely expanded, so players can learn all about their favorite monsters in this title.

This list contains the best RPGs you can play on your mobile device.