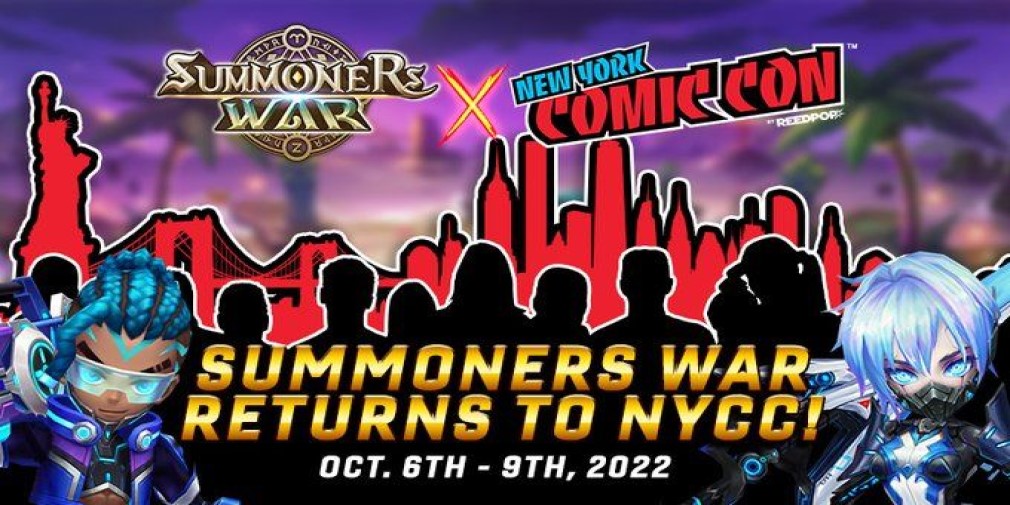 Com2uS has confirmed that the Summoners War franchise will appear at New York Comic Con 2022. This convention starts tomorrow. Fans will find tons of activities, including a sneak peak at their upcoming game, live games, and loads of merchandise that you can spend your entire money on. You can, if you wish.

Summoners War: Chronicles is due for release in November. Pre-registration for the prequel began recently as well. Eager fans, however, don’t need to wait until next month as they will get a chance to play a demo version at NYCC, with one lucky person winning a limited edition figurine.

A variety of booths will be set up where players can enjoy multiple activities such as the claw machine and hunting for goodies. Many Summoners War Sky Arena influencers will also be there, fighting it out in 2v2 Arena livestreams. There will also be Summon Sessions and an RTA showcase.

Coming to the items you can splurge on, there’s a lot. Let’s start off with collectable figurines of not just characters who already have action figures, but lots who don’t, including Beast Rider (Xiana) from Summoners War: Sky Arena as well as the three main characters, Kina, Cleaf, and Orbia from Summoners War: Chronicles. Maruna, Shaina, and other figurines such as Nine Tail Fox or Valkyrie have returned since the last year.

Art books are a great way to learn more about the process behind the scenes. The $35 book is full of Summoner Wars’ design process, concept arts of characters, background stories, and a lot more. It’s overflowing with lore and is a must-have for everyone interested in the game’s universe.

You will also find T-shirts, phone covers and pop sockets. Don’t forget to wait for a teaser of Com2uS’ upcoming projects as well!