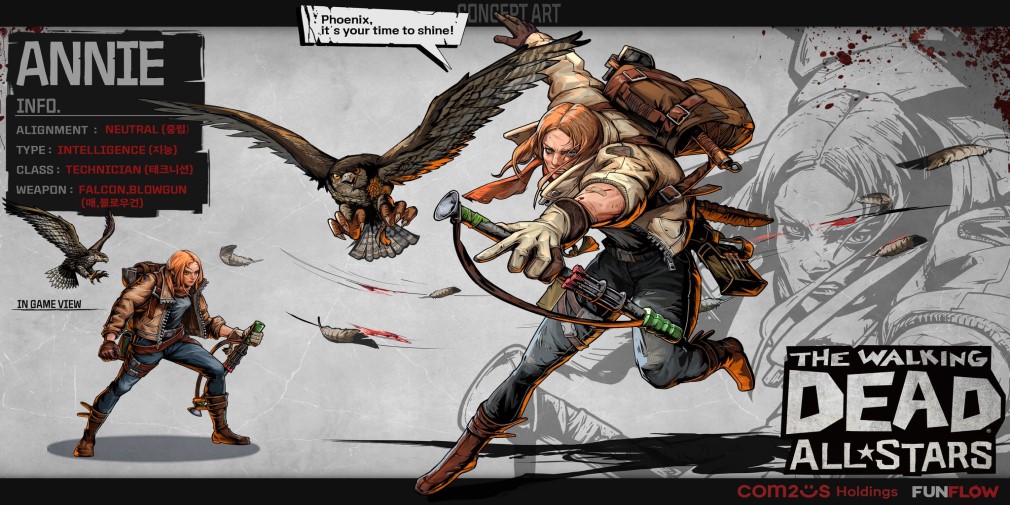 Skybound Entertainment and Com2uS have released the first major content update to their recently released mobile collection RPG, Walking Dead: All Stars. The post-apocalyptic survival video game will feature a Headhunting System that recruits allies, a new PvP and limited-time events as well as a brand-new character.

Headhunting is the new character acquisition method in The Walking Dead: All Stars. Players will be able recruit new allies to their team by using this feature. These allies can be recruited from various alignments such as vicious predators or mythical overseers to create a deadly army.

Last Man Standing, the new PvP mode that was introduced with this update, is a battle among the best. The Last Man Standing League will be open to the top ten Frontier battles players. If they want to reach the finals, players must compete against all other league members and win.

Annie, a new character from All Stars, was created by the developers. She’s no ordinary being for she has mythical powers and a trusty pet, the Phoenix, which helps her fight in battle. Her alignment is neutral, and she can support allies by restoring their HP and providing them with medicinal herbs.

Town Management – A bingo-style event available until October 10th, players will be able to unlock various rewards that include items for character growth like a General Recruitment Ticket and Action Guide. Completing all of the bingo games will unlock the Selective Survivor recruitment Ticket.

Inventory Clearance Growth and Support – Until October 4th, this event will be live, awarding players with a bunch of other items.

Download The Walking Dead: All Stars to get all the new features now.

You can also check out this list with the best survival games for mobile!